Senegalese-born Aisha Diaby, who came to Italy to join her husband, now works in the town's main hospital. She credits supportive community networks with helping her settle in. PHOTO: EFENA MAJOMI 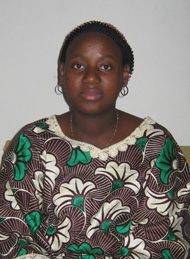 Despite recent racial unrest in Italy including the forced removal of African immigrants in Rosarno in the south and interracial riots in Milan's Via Padova, African communities continue to forge ties in the ‘bel paese.'

Italy has around one million African immigrants. The largest influx began after the introduction of the ‘Martelli' law in 1990 which offered illegal immigrants the chance to legitimize their status.

Of the Africans resident in Italy almost 70 percent are of North African origin, arriving from Morocco, Tunisia, Egypt and Algeria. This is followed by West Africans, emigrating from Senegal, Nigeria, Ghana, the Ivory Coast and Guinea, who make up approximately 20%, with the remaining 10% coming from other parts of Africa.

Throughout Italy the formation of African communities shares a common course: first the man arrives, finds a bed in a flat share with other co-nationals and a job ‘off the records.' His hope is to become legalised - find a decent job with a permanent contract that allows him to gain permanent resident status - and thus sponsor his wife and offspring. This is the way Senegalese-born Aisha Diaby, 43, came to the country.

"My husband was here picking pears in the south of Italy. At the time they had introduced a law to legalize clandestine workers. My husband's boss made him a legitimate worker and then my husband sent for me," she explained. Diaby was fortunate to find a job with a permanent contract shortly after arriving in Modena where the couple settled. She now works in the town's main hospital distributing meals.

Tapping into supportive community networks has been a key part of finding success in her new homeland, Diaby said. "Some of the women work and some don't but the ones that do always try to help by passing on news of an opportunity. It's difficult for a black woman to find a job in Italy so we try to help each other. Also, during our parties such as baptisms and weddings everyone contributes; we share the cooking and the cost. It's an opportunity for all of us to get together - Senegalese, Ivoirians and Guineans."

Such close ties may be more to do with an instinct for self preservation than a reluctance to integrate. "We keep to ourselves really; it's easier that way to avoid problems. Living in an apartment block you have to be careful, just a noise or something that's left in the lift and everyone's ready to the point the finger at us," Diaby said.

Meanwhile, Fatima Toure, a young woman from Guinea, appreciates attempts by Modena's council to reach out to her community. The family home is littered with football shirts and trophy cups for the Guinean Football Club, funded in part by the local council to help integration.

Toure, who came to Modena to join her husband in 2007, has two young children and does not work. Despite difficulties with the language, she is content with her life within the town's 200-strong Guinean community. "When you learn the language and you have a job you feel settled, the country you're in is indifferent. When you have those things you feel integrated," Toure said.

And she is hopeful about what lies ahead, especially when it comes to her children. "If in the future, my kids have better health prospects and work opportunities here, I'm happy for them to grow up In Italy. We believe that Italy can offer a better life for our children."